END_OF_DOCUMENT_TOKEN_TO_BE_REPLACED

I have fond memories of looking through 90s Guitar World magazines as a teenager and seeing the Parker advertisements with Reeves Gabrel’s from David Bowie, and Dave Navarro from Jane’s Addiction. Occasionally I would venture to the Guitar Center in Arlington heights to drool over and play these guitars that I couldn’t afford at the time. Something about a $4,500 guitar in 1994 that looked like it was from the future at the time, it still does in 2021, and it intrigued me. Over the years I have somehow acquired five USA-made Parker’s, and still get that teenager feeling when I come across one, which is rare, considering they aren’t made anymore, and the ones for sale are expensive.

Music is something that has occupied my time and has given me sanity for a long time. I seemed to have lost that spark when focusing on my career for quite some time though. The idea of nobody really being interested in music, the streaming sites, and the general population's lack of caring about artists anymore just kind of got me down for a while.

Spending all my free time learning new things and bettering my skills that I use professionally is a good thing, but if that becomes the majority of what you do, it can bring you down pretty quickly. Buying a new toy has always seemed to give me a little inspiration, and projects to learn something new do as well. This guitar happens to cover both those bases. 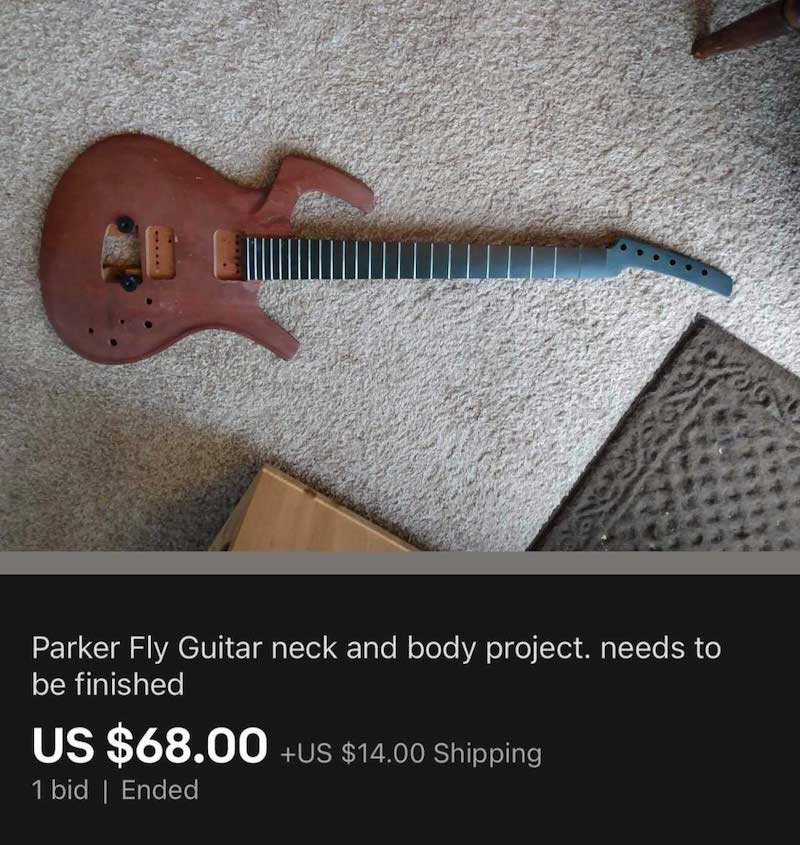 This guitar was posted on eBay for roughly 7 minutes before I saw it and immediately clicked buy. This listing is the exact thing I have been looking for since eBay was launched way back when. The individual selling the guitar stated that the neck has a twist, there is no truss rod, and he got bored with the project. I have no idea how he did what he did to the guitar without realizing the Parker Fly has a slightly hidden truss rod that is made from a piano wire inside. After the guitar showed up, I realized that the neck was snapped off, then the individual glued it back on, with a ton of epoxy, and just my luck, it was completely crooked. 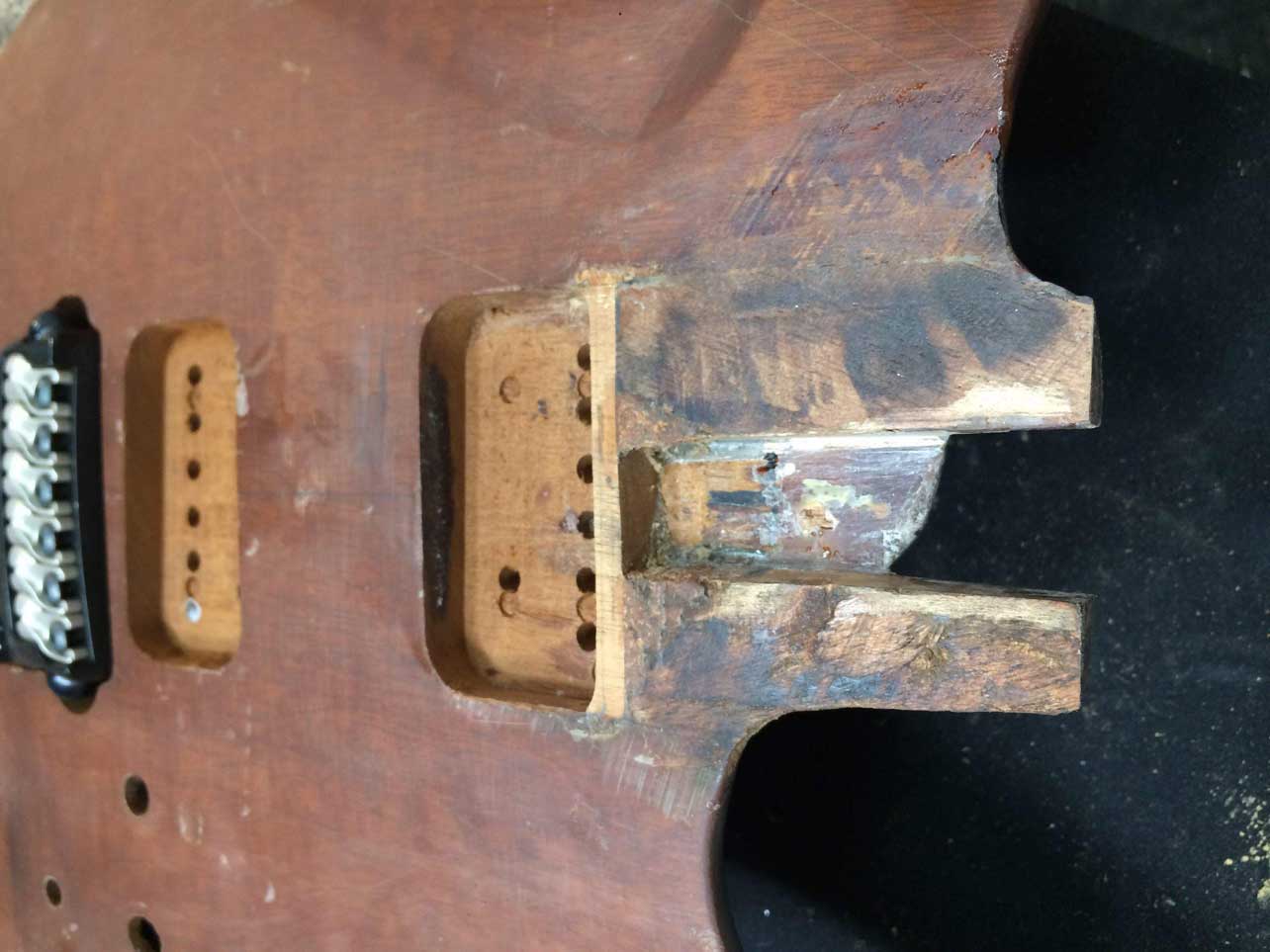 There are a list of things I figured out once the guitar showed up, these include:

After looking at this guitar closer once it arrived, it appears there are no wiring holes internally, which probably means this thing was thrown out at the factory for a defect, and somehow it’s former owner acquired it.

The only thing standard on a USA Parker might be just the tuners and the strings. The frets are custom and stainless, not built like other frets. The bridge is custom, the pickups are custom wound due to it being the thinnest and lightest guitar ever made. The electronics are custom, and the body has a carbon fiber shell on the back to help reinforce it. I needed to find parts, so I scoured reverb and eBay sourcing these scarce parts to Make this thing work. I found some custom wound Dimarzio’s specifically for this model. Found a roll of Parker fret wire, found electronics, pots and switches out of a USA Nitefly, and had some Sperzel tuners that I donated from another Parker I own. The problem was the bridge. I couldn’t find a bridge anywhere, and even worse, the Fly tremolo system uses strange, flat, bent springs that are completely impossible to find. The springs change out with the string gauge and it is quite an odd system.

I’m not sure how he set the neck without tuners on it, but after further inspection, it was clear that the neck would have to be separated and set right. The neck was very straight, the truss rod worked, it was just set cockeyed and it was dive-bombing. I realized quickly that this would be above my skill level, so I reached out to a friend named Travis that is a tech. He did an amazing job so far on this thing! The neck is now set, and insanely straight. I hunted down some mahogony and he did a great job on the neck repair, replacing the piece of missing wood, the bridge, and tuners are on, and the action is insanely low! Currently I am working on getting the body cleaned up before moving on to electronics!